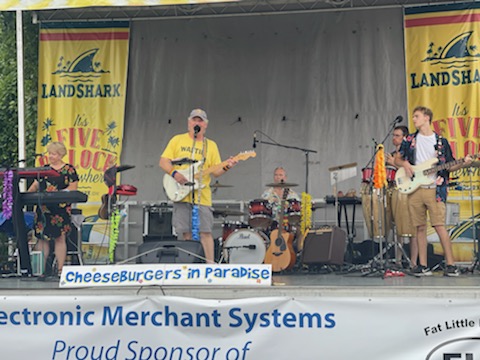 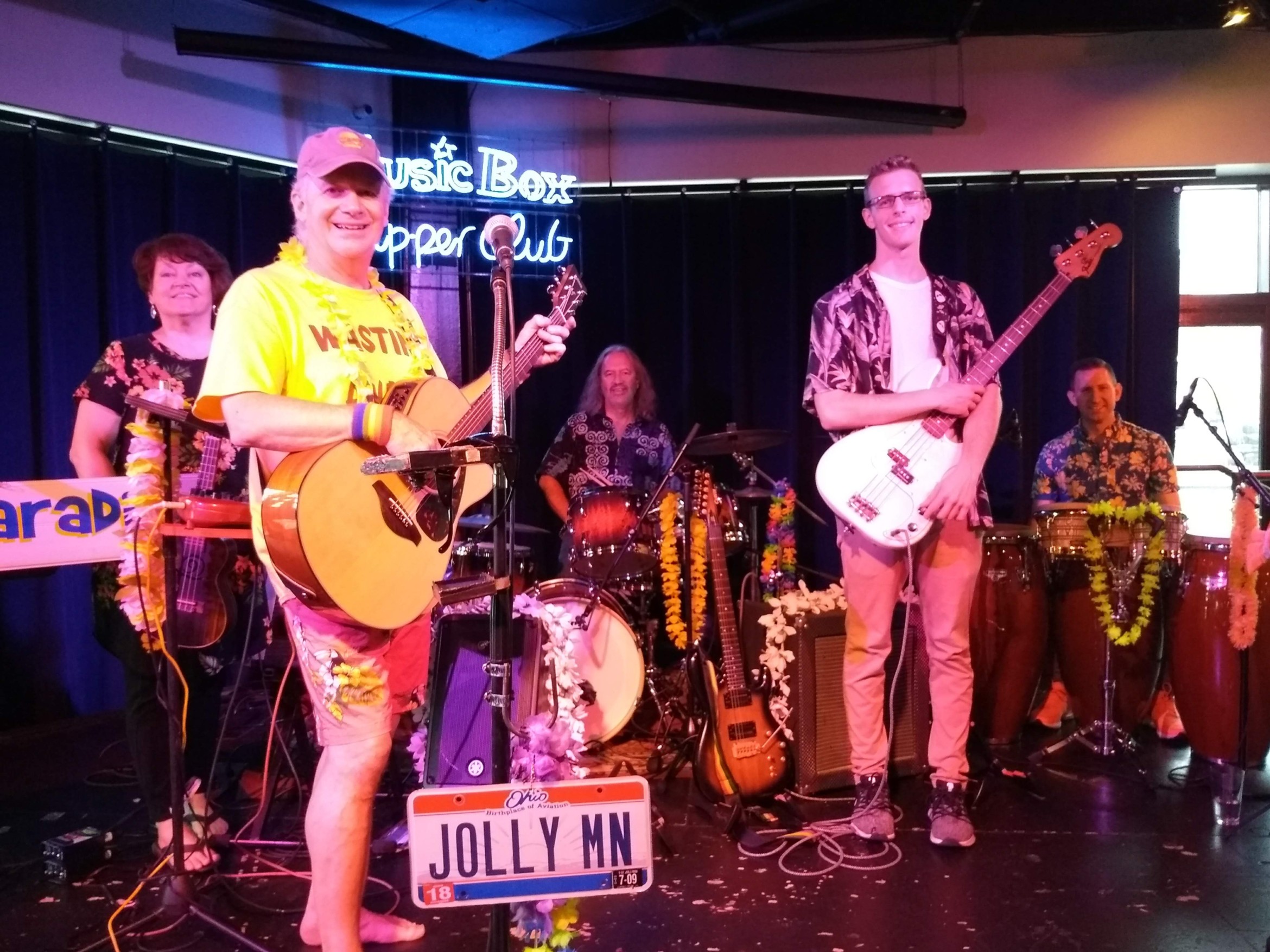 An energetic, talent-filled, entertaining show! This band plays many of the greatest Jimmy Buffett tunes,
along with other great 'island, summer, beach, party and dance songs! Tom's musicianship on acoustic guitar,
electric guitar, flute, harmonica and ukulele will amaze, while the band is rock-solid, lively and fun to watch.

Example of Song List:
Songs by Jimmy Buffett: WASTIN' AWAY IN MARGARITAVILLE, FINS,
VOLCANO SONG, COME MONDAY, CHANGES IN ATTITUDES,
SON OF A SAILOR, HE WENT TO PARIS, JOLLY MON, and of course,
CHEESEBURGERS IN PARADISE!! (and many others!) 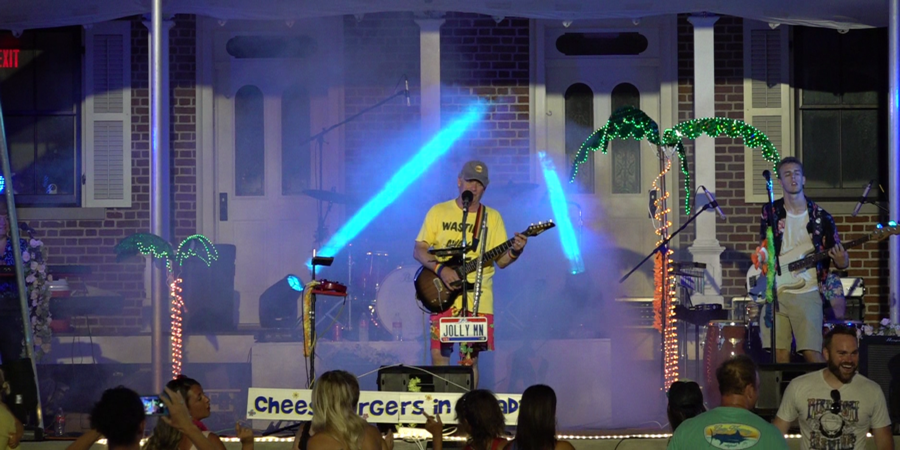 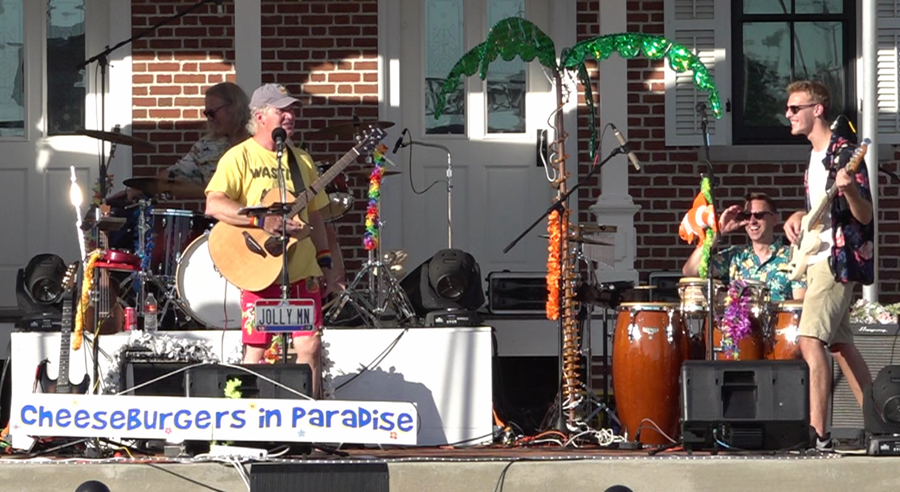 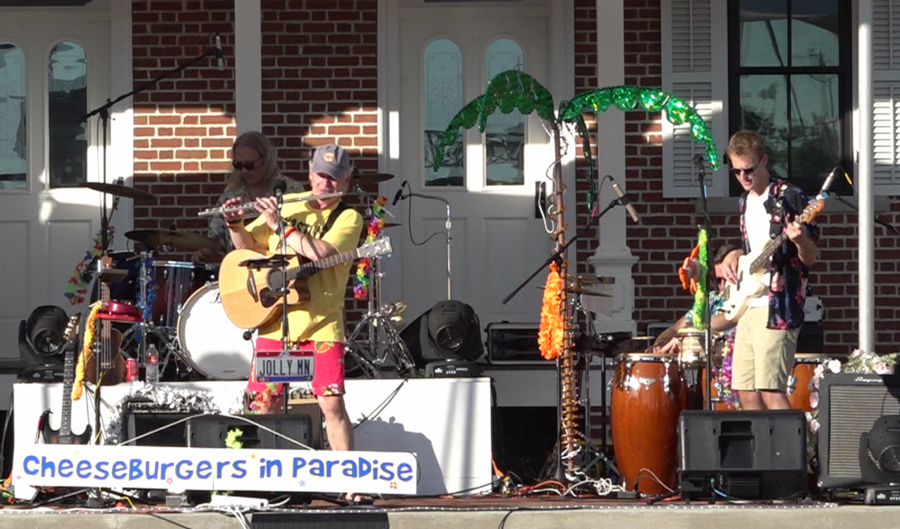 Jammin' on the flute, with Don on drums, Jacob on bass. 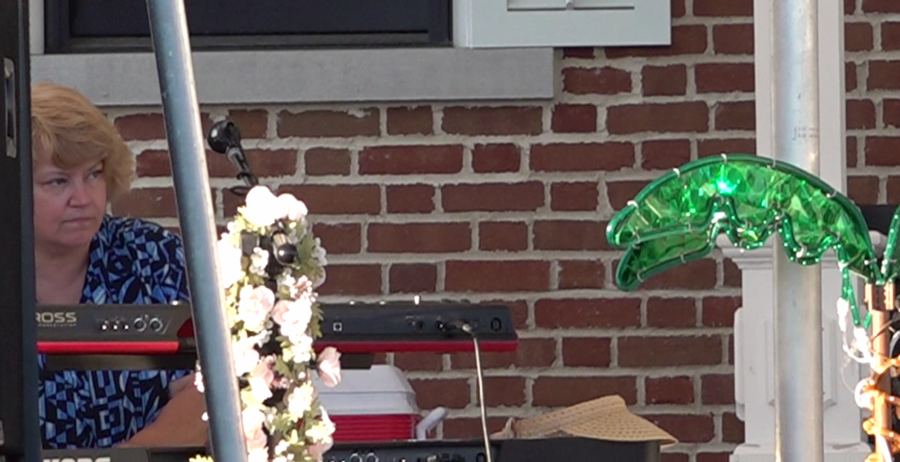 After a fun gig at Cleveland's Music Box 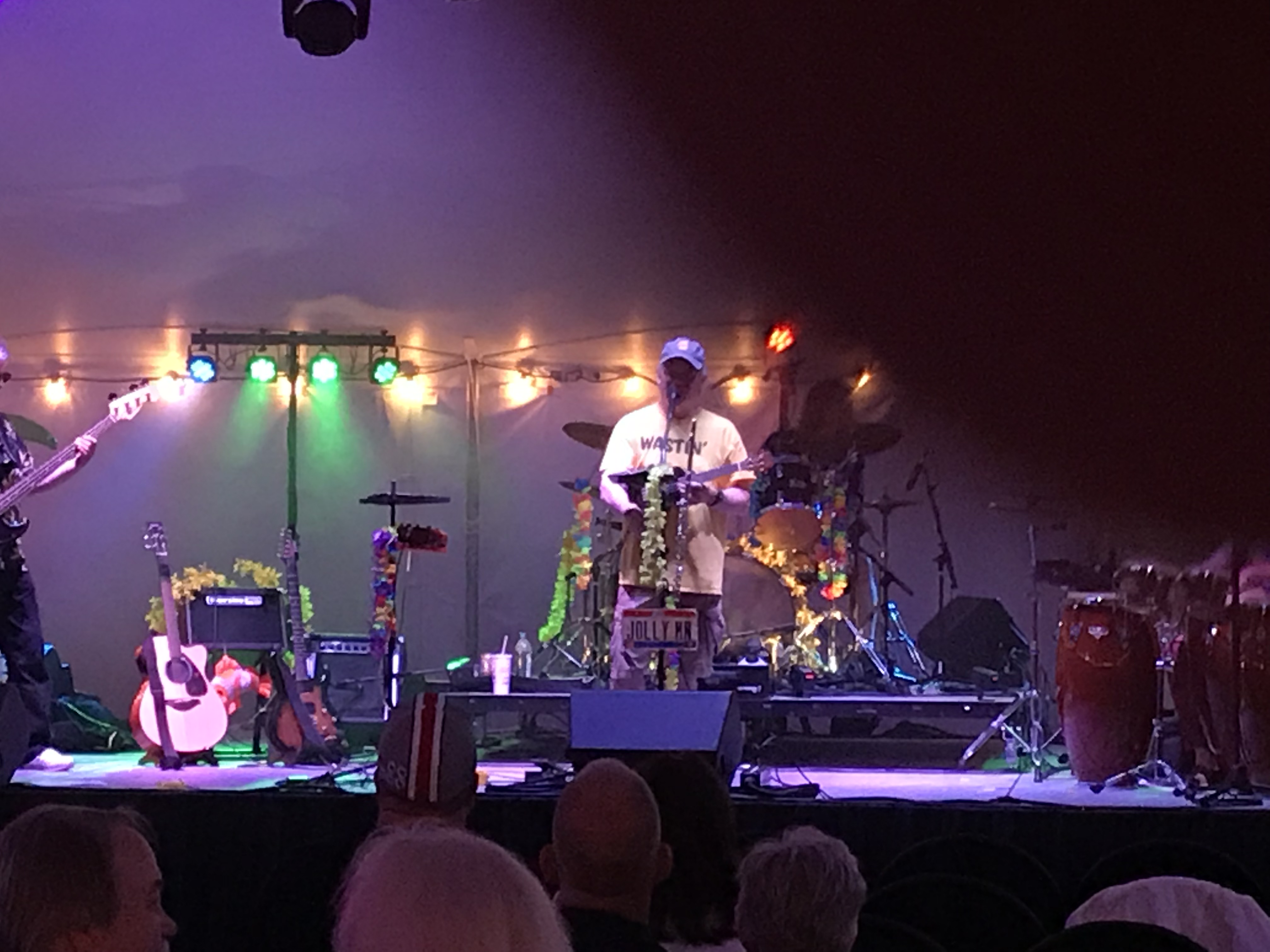 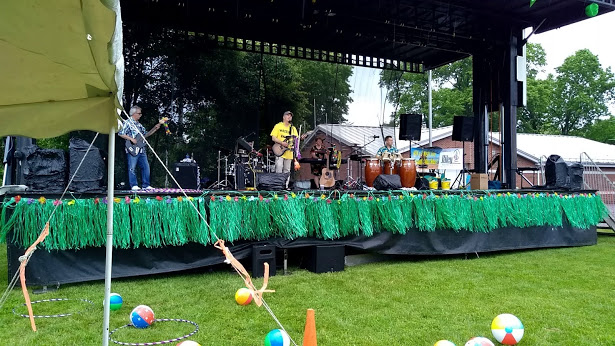 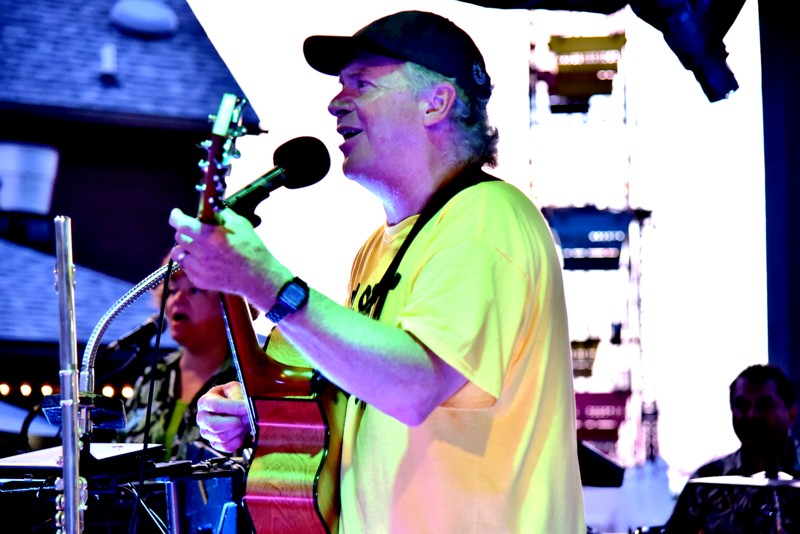 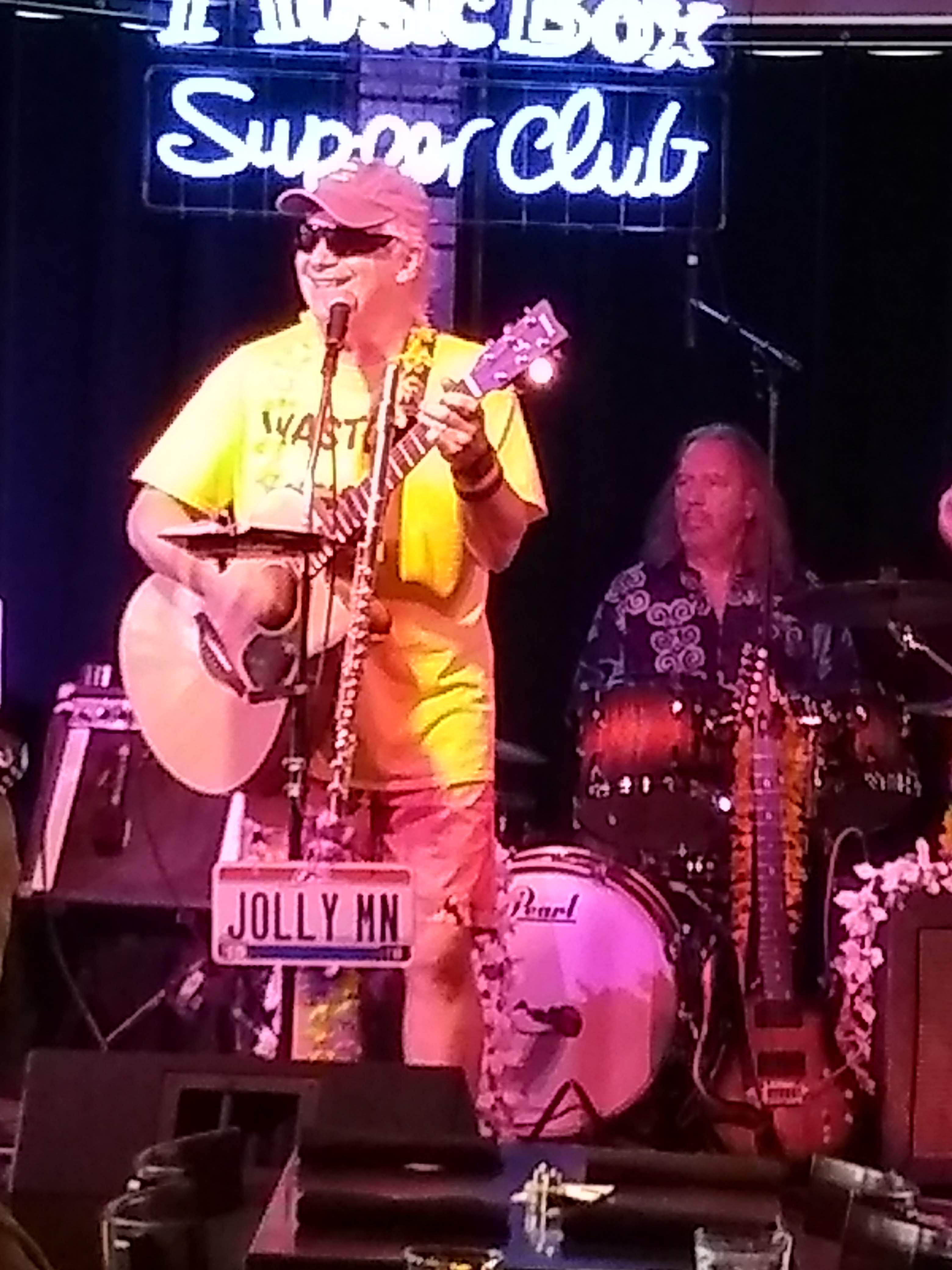 Julie Slattery on keyboards and vocals 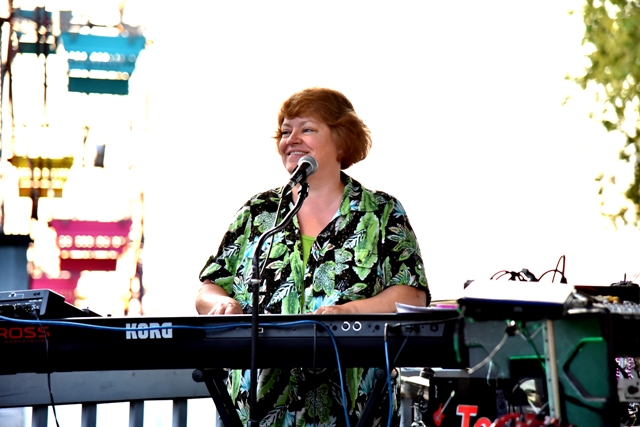 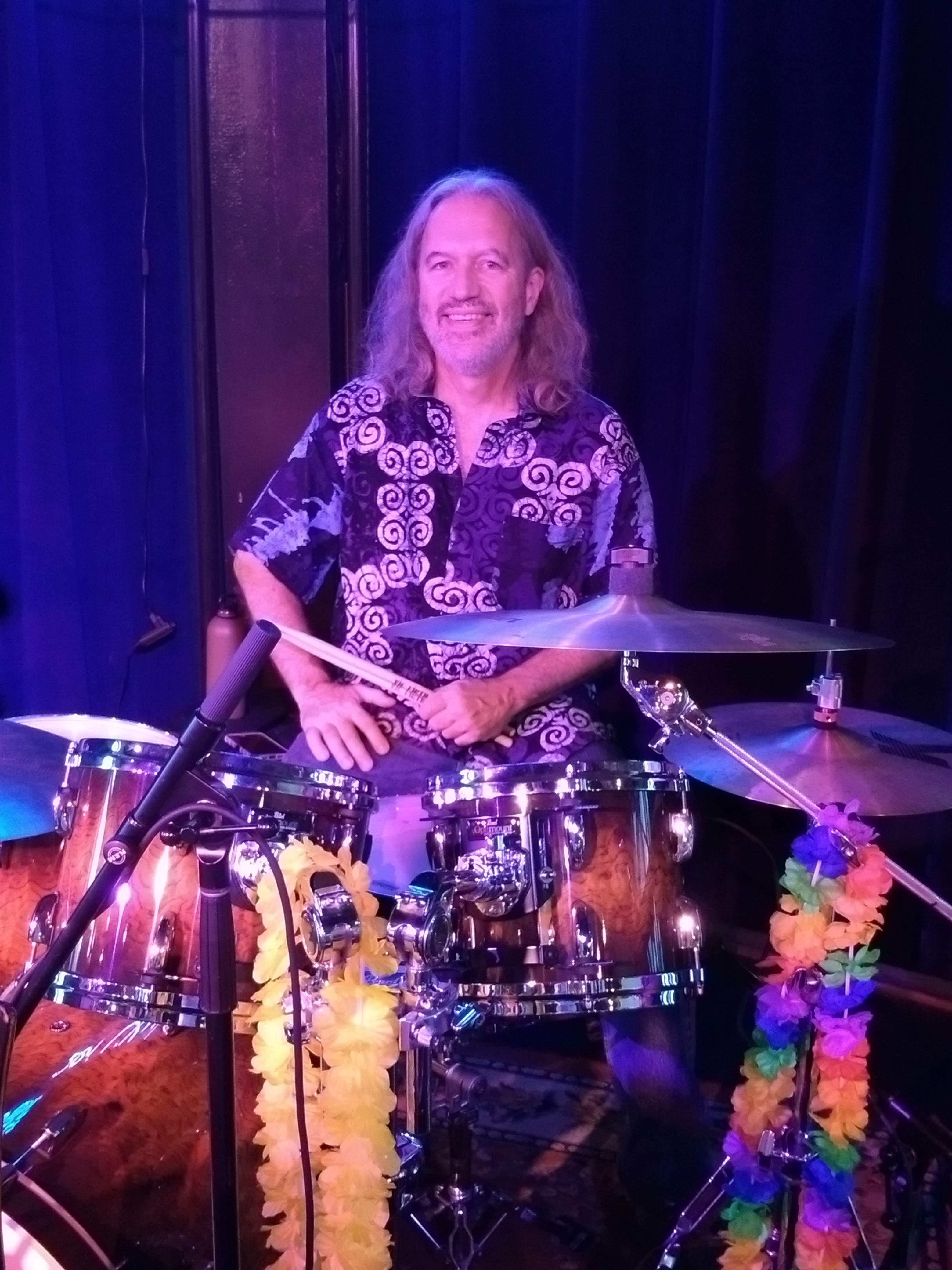 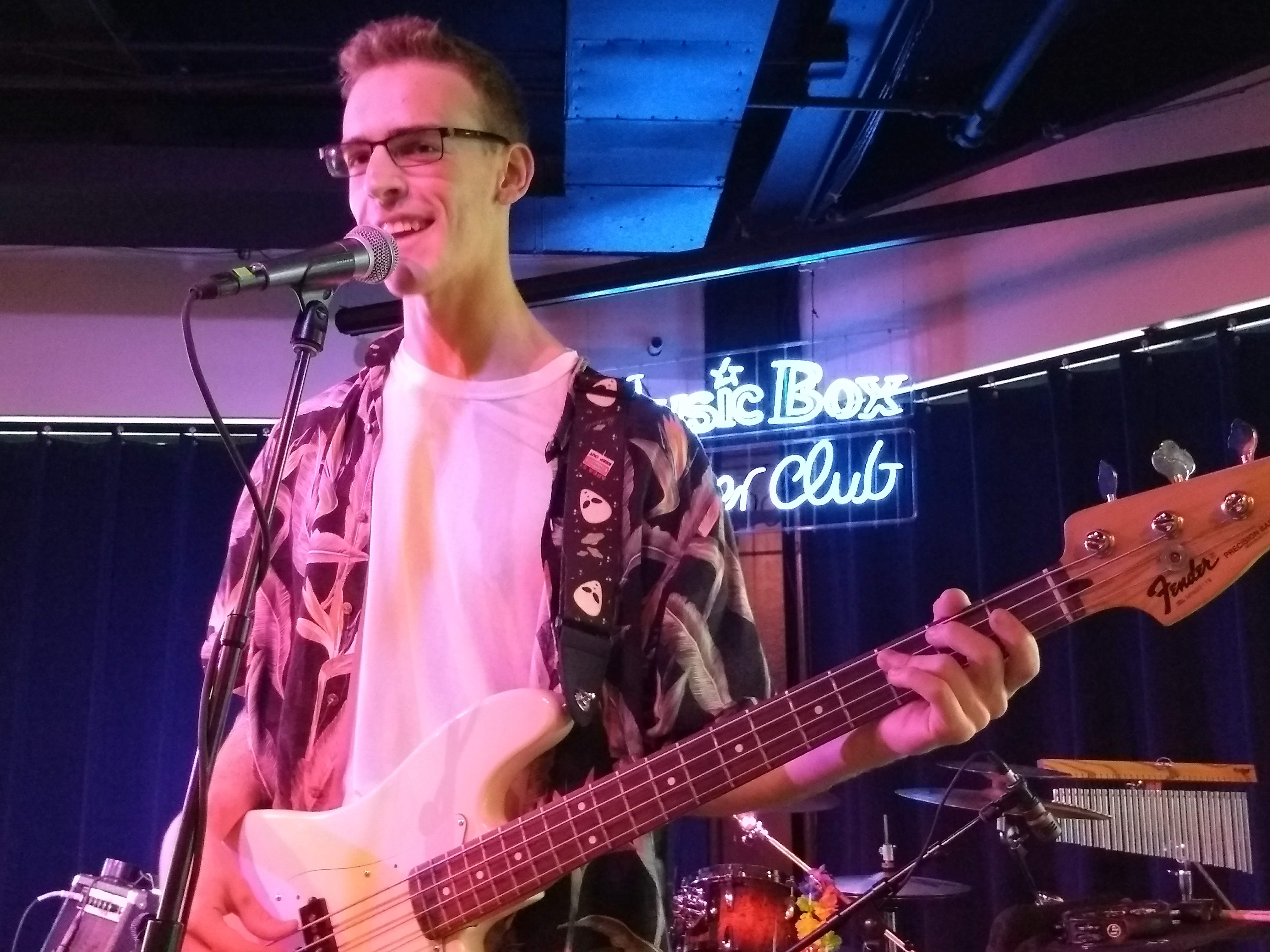 Layin' down the bass - Jacob Kaminski 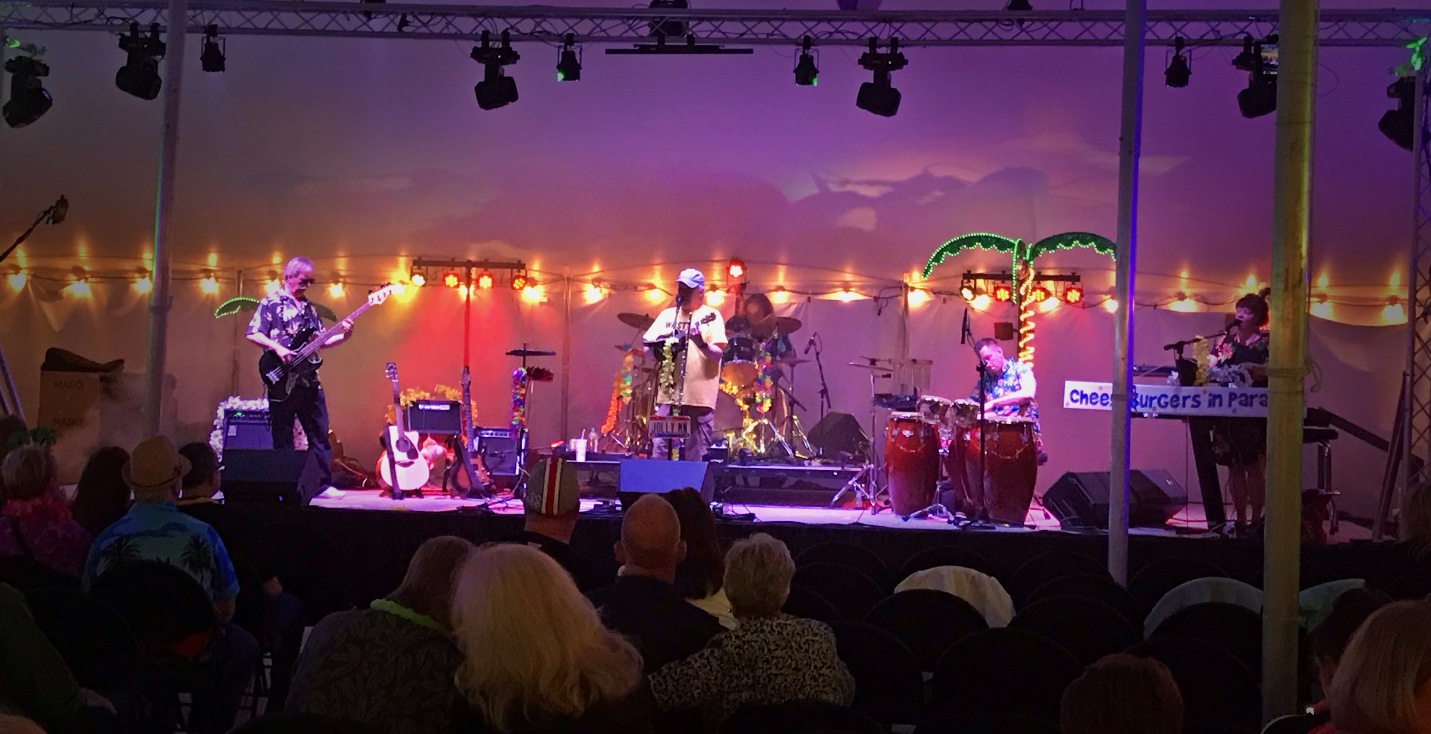 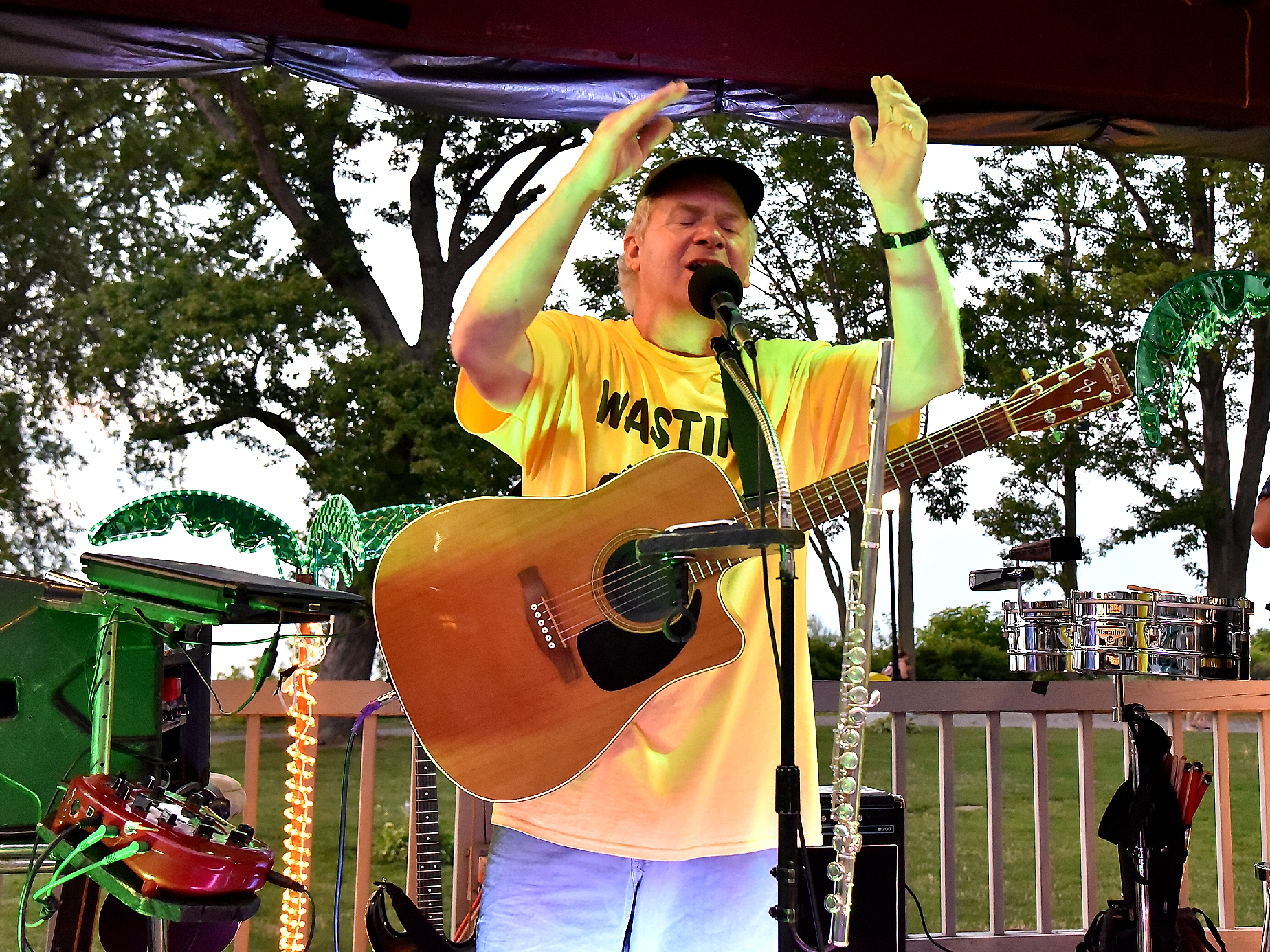 Crankin' the tunes and havin' fun!!! 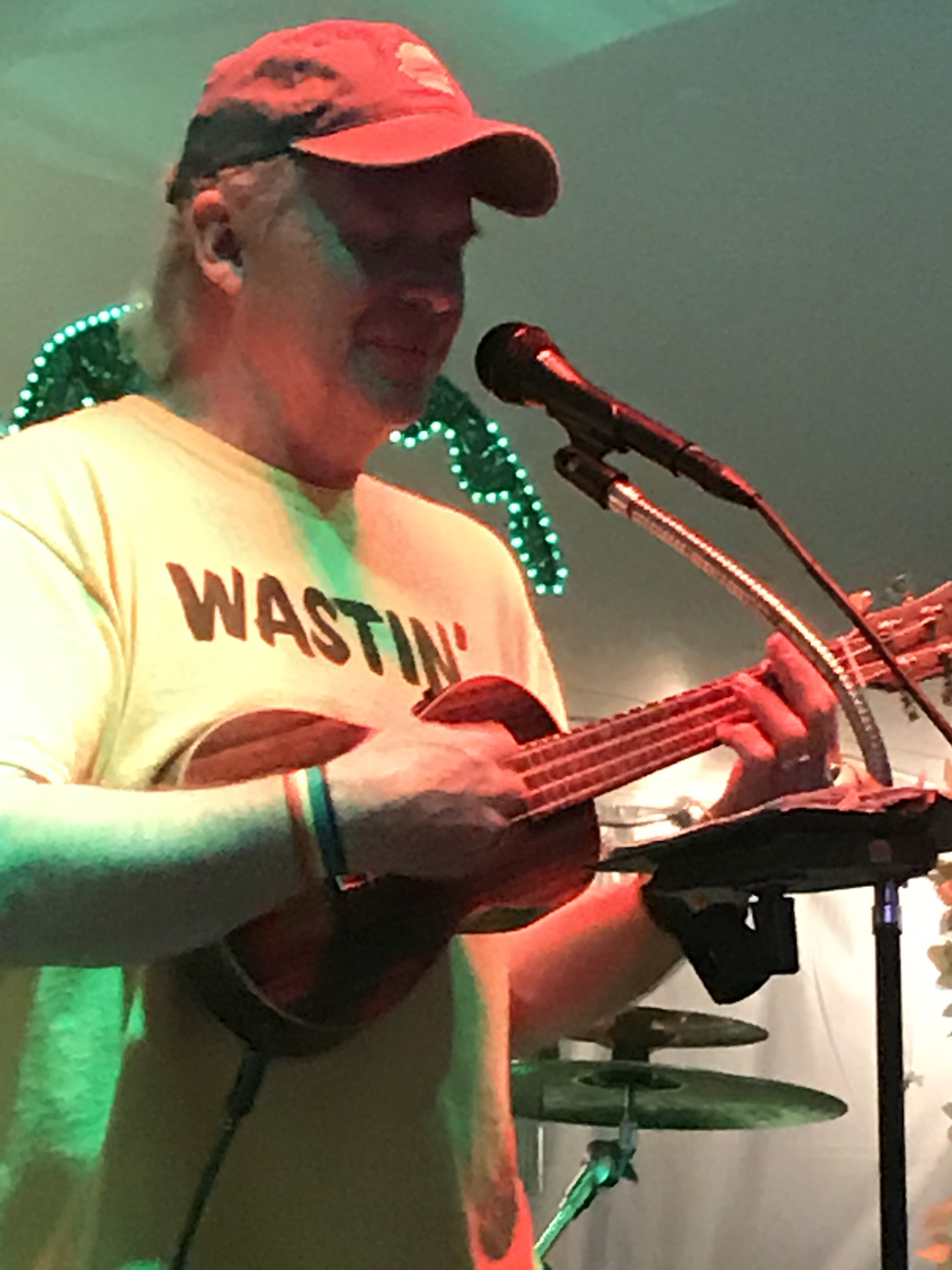